Massachusetts Farm Bureau Federation’s (MFBF’s) Young Farmer and Rancher Committee (YF&R) brought their livestock to the Boston Common on June 8 to answer legislators’ and consumers’ questions about the care and management of livestock.
During these interactions, farmers and MFBF staff discussed bills of importance that they are supporting this session. Those bills included:
HB 3915 – An Act to establish estate tax valuation for farms
HB 3908 – An Act relative to the dairy farm tax credit
APR Reform – Farm Bureau supports Agricultural Preservation Restriction (APR) but has serious concerns about the administration of the program by Massachusetts Department of Agriculture (MDAR). A recent survey of APR owners shows that a third of respondents are concerned with how the program is run. Of particular concern are increasing restrictions put on APR properties – few of which are detailed in the enabling legislation. Many APR owners feel that the restrictions conflict with the ability of a farm to be viable in the current marketplace. Farm Bureau is looking for reforms, which: 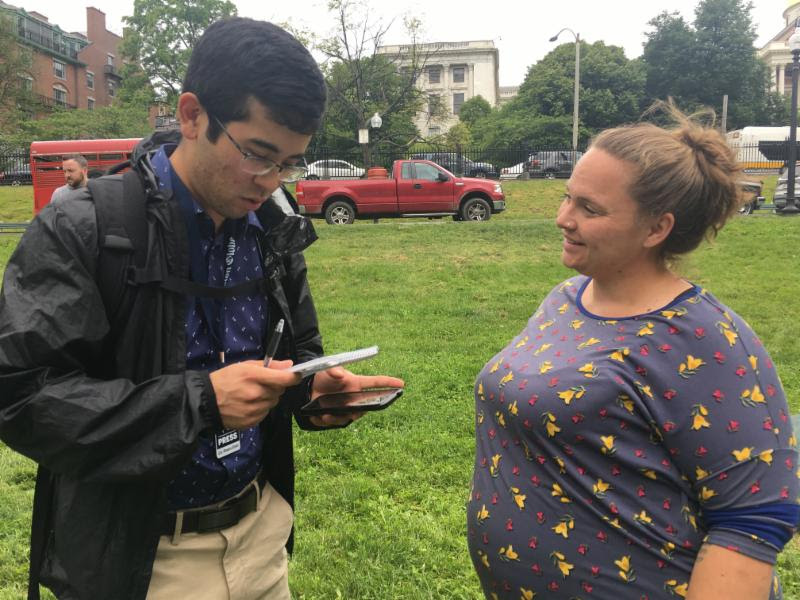 “For six years our YF&R committee has planned, organization and brought this event to fruition,” said MFBF President Mark Amato, who manages Verrill Farm in Concord, Massachusetts. “Their efforts to connect with consumers and legislators alike is remarkable. I want to commend them for this event and thank all the legislators who attended.”
Ice cream was served during the day and was provided by Davidian Bros Farm in Northborough.